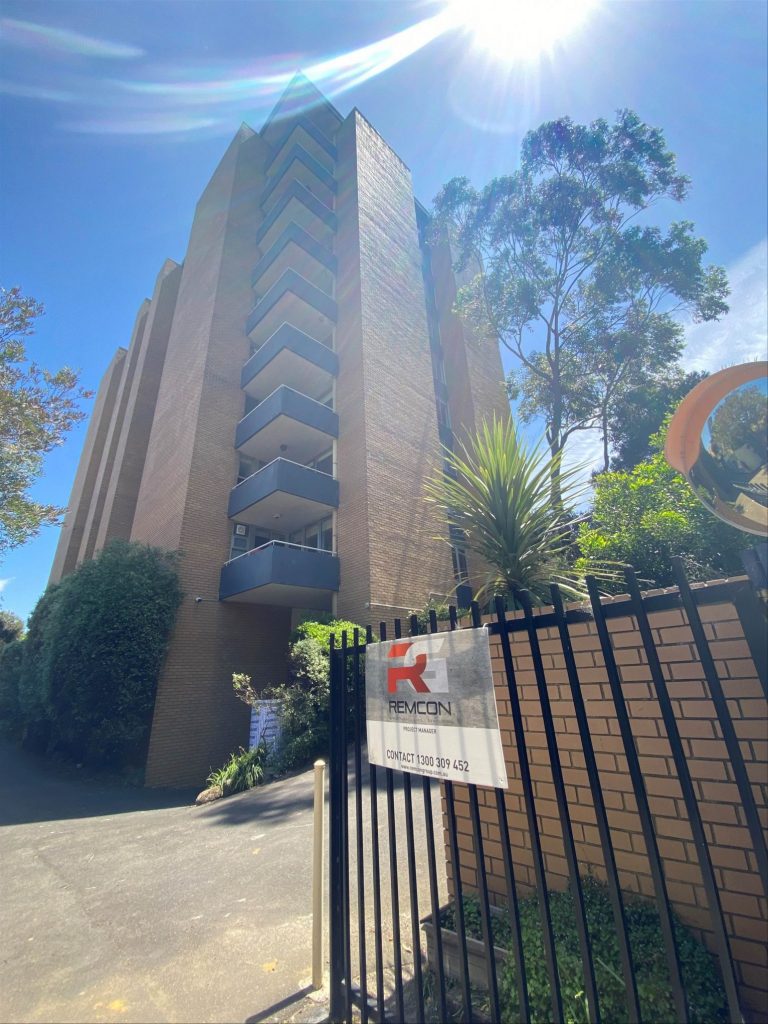 REMCON Constructions Group have been awarded a new refurbishment project in South Yarra.
We are delighted to be awarded this project directly with the owners corporation and look forward to delivering a mutually rewarding outcome for all parties.
Read more about this Multi Million Dollar development. 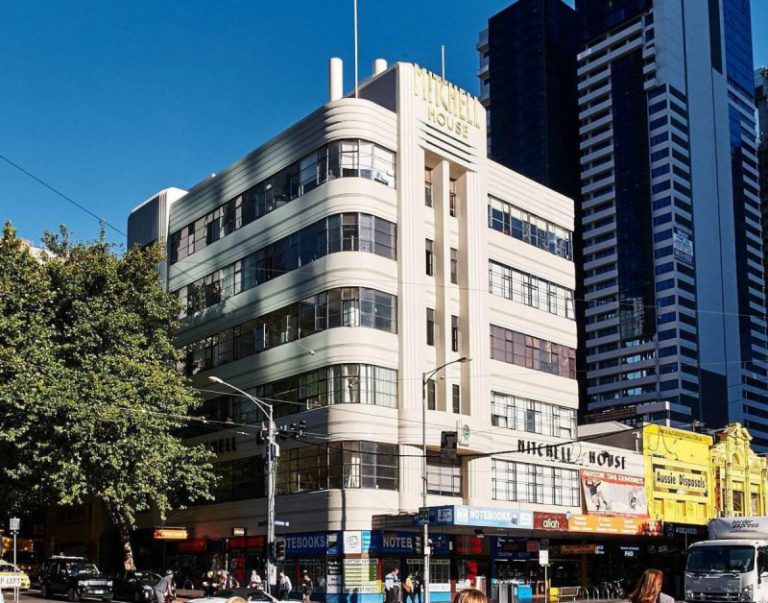 Remcon Constructions is pleased to announce the completion of the façade works to the Mitchell House building. Remcon was proud to be involved with the façade updating on such an iconic CBD structure. The works were completed using a combination of swing stages and industrial rope access with gantries installed around the footpath for public […] 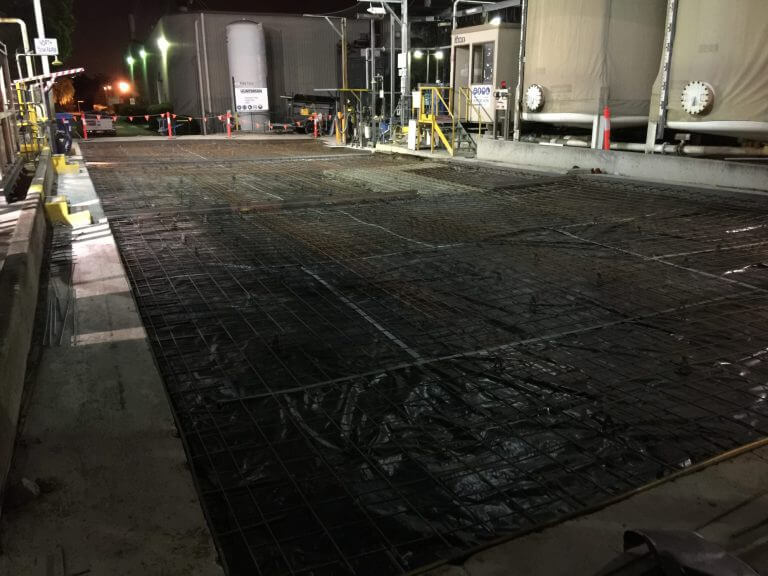 REMCON Constructions were very pleased to continue our involvement with Hexion Chemicals by securing a 3rd contract to undertake concrete remediation works at their facility at Deer Park. All contracts have been undertaken during the annual scheduled shutdown period which takes place during the Christmas holiday period. The contracts ran 24/7 from the 18th December […] 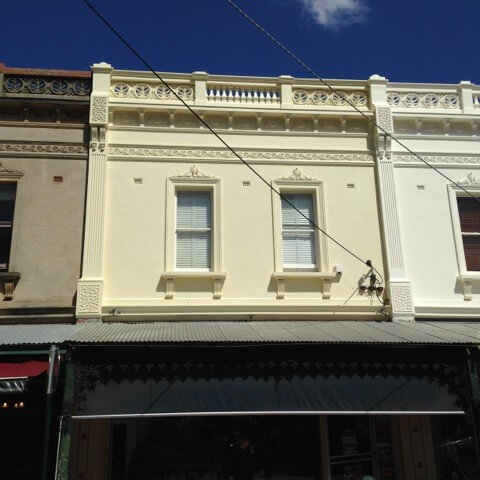 REMCON Constructions were contacted by Infracorr Consulting to undertake the remediation of 2 heritage buildings on Maling Road in Canterbury. The parapets, string courses and decorative features had corroded over the years and were showing signs of structural weakness including dislodgment and failure at fixing points. REMCON Constructions accompanied by Infracorr were able to find a […] 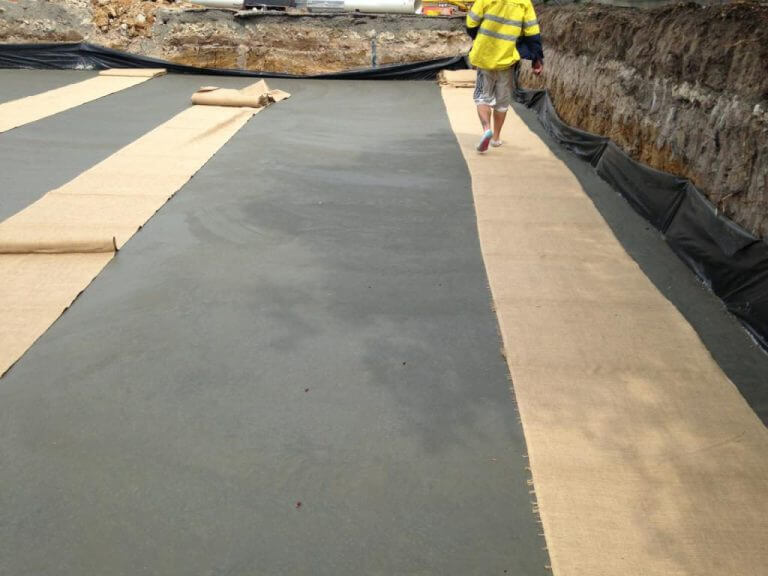 REMCON Constructions were contacted by Lend lease to assist with the supply and placement of a concrete slab to house a significant water tank facility at the new Monash Children’s Hospital. This challenge was the short turn around period of 4 days prior to the long weekend which would enable sufficient curing of the slab […] 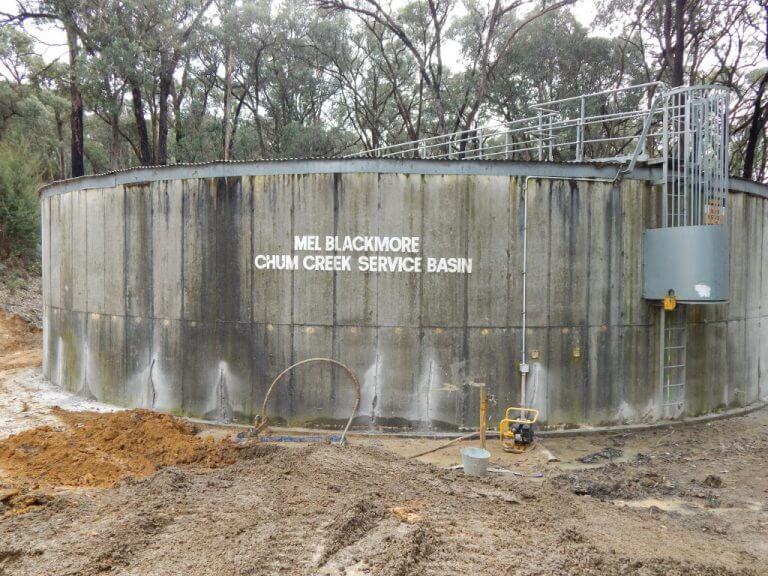 REMCON Constructions tendered for the remediation works at Chum Creek in April of 2014, and were sucessfully awarded this project later that month by Simpson Constructions Company. Documented by MWH, a thorough investigation was undertaken and comprehensive reports scheduling all items requiring repair and proposed methodolgies for the repairs were completed. In early June 2014, […] 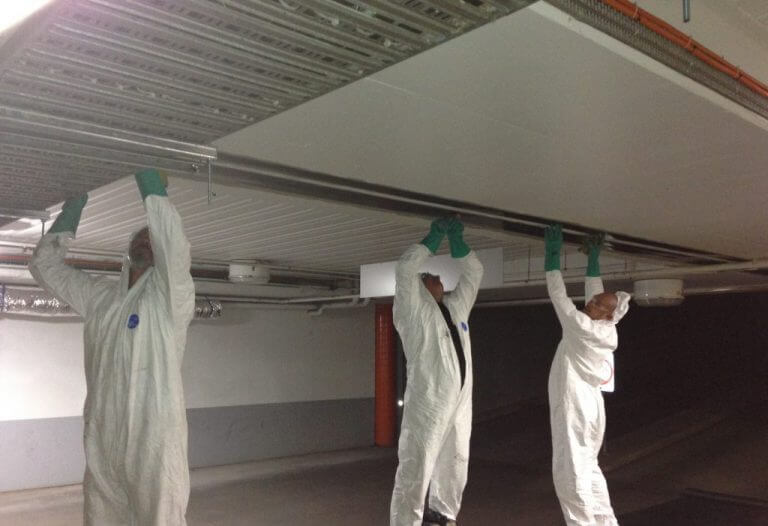 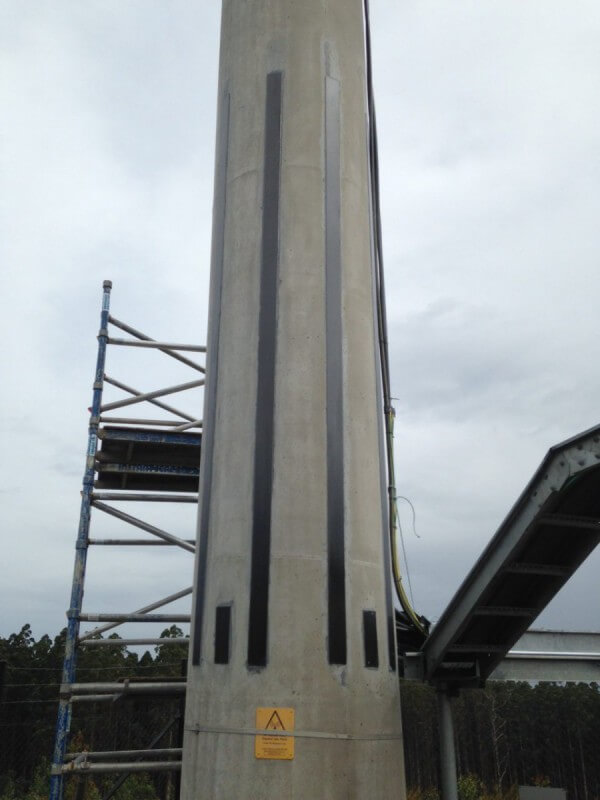 REMCON Constructions were awarded the contract for carbon fibre strengthening works to the SR3-BM35-615 communications pole at Mt Beenak in Victoria in January 2015. The works entailed preparing the substrate to an even surface including the removal of any unsound material and filling any voids. 3.5metre long Sikadur carbour fibre strips were then installed vertically […] 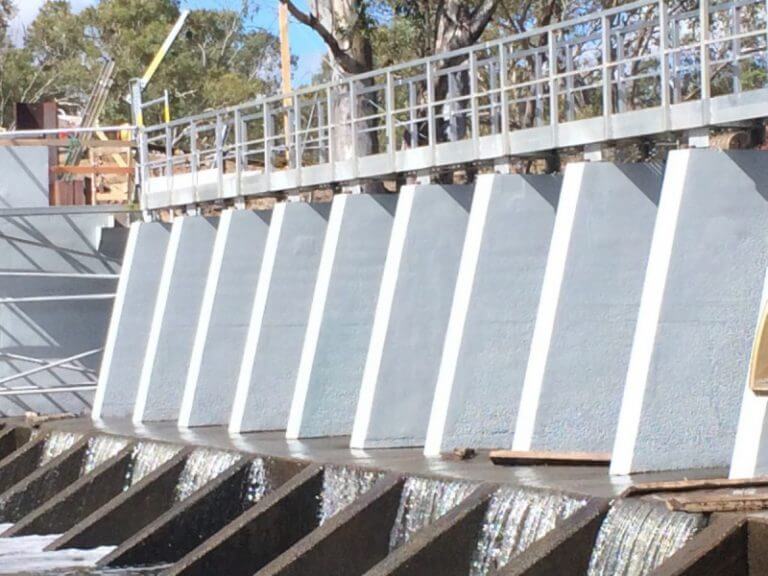 Concrete repairs and Specialist Coatings REMCON Constructions were awarded this project based on its experience with the use of Xypex Products. Maxstra Construction engaged REMCON in early Feb 2014 to undertake these works. The Original Weir was severely damaged by the impact of the 2011 floods which ripped through the Wimmera shire. The weir was […] 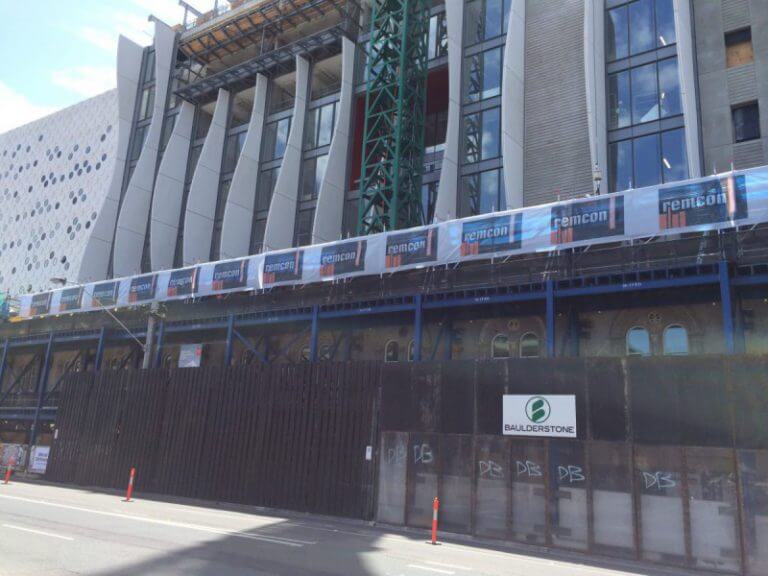 REMCON Constructions were engaged by Lend Lease to undertake Heritage Façade Restoration works on the Swinburne University Façade facing Burwood Road. The original façade between John Street and William Street contained the brick Wesleyan Church, built in 1867 and was showing signs of deterioration due to “Concrete Cancer”. The scope of works was determined in […]